Whether you are looking for drone tutorials, videos or drones for sale, you have come to the right place. Although drones or UAVs (whatever you want to call them) have been used by the military for almost two centuries (wiki), the technology that was before only reachable by few, has now become easily accessible to anyone with some spare cash.

The cheapest mass produced drone is currently the AR Parrot 2.0 which can be had for less than $300. Furthermore, the easy to use iOS Parrot Drone app makes it easy to control your Parrot drone from your phone, just as if you were playing a virtual game by using a Heads Up Display, with live video feeds and other nifty inflight details. 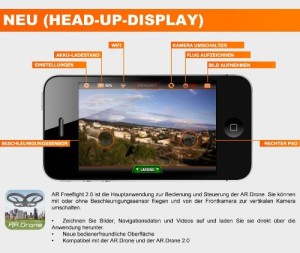 For this reason, they have become popular mainly in developed nations such as the US, UK, Western Europe and Australia which is where most of the videos and photos taken by drones are located; they are easy to buy, set-up and learn how to fly, even in large cities with lots of skyscrapers.

But what exactly defines a drone?

A lot of people associate drones with UAVs (Unmanned Aerial Vehicle) and they are not wrong in doing so. However, whilst the FAA defines UAVs as having autonomous or autopilot capabilities, set either by an on-board computer or from a computer on the ground by the use of GPS, a lot of amateur drones do not have this capability. In reality, drones such as the Parrot 2.0 shown above completely relies on another human being directing it where it wants to go. In fact the drone will stop and stabilise in the air once the controls are released.

Higher spec drones for sale such as the DJI Phantom 2 do however have more sophisticated features such as GPS based navigation and programmable features that can be pre-set and for that reason it is the preferred choice for professional photographers and drone enthusiasts.

With a GoPro Hero mounted onboard, this drone has features such as a 1080p video camera, the ability to take 14MP photographs and the ability to fly for an uninterrupted 25 minutes on a full charge, which is one of the longest. The battery can also be easily replaced and there are plenty of cheap replacement drone batteries for sale on Amazon.

So… what are the rules on drone flying?

Well, the FAA is yet to rule on specific details about what you can or can’t do with a drone, and this is expected in early 2015. However, these UAVs are considered to be recreational vehicles and the following two rules apply to them:

The second of those may be tempting to break since these drones come equipped with their own camera so can easily be guided without line of sight, but bare in mind that you could be fined for doing so. 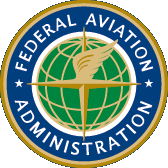 The second point you should keep in mind is that you need special approval from the Federal Aviation Administration Agency to turn your drone into any kind of commercial business e.g. taking professional photographs for estate agents or getting paid to film a video.

There is an outright ban on these commercial activities and you would need to apply for a special permit.

Lastly, remember to do your research if you are looking to buy a drone for yourself or as a present. Don’t be too hasty in showing off your skills at drone flying. Take good care of it and it will take good care of you by providing you with amazing drone photos and videos.