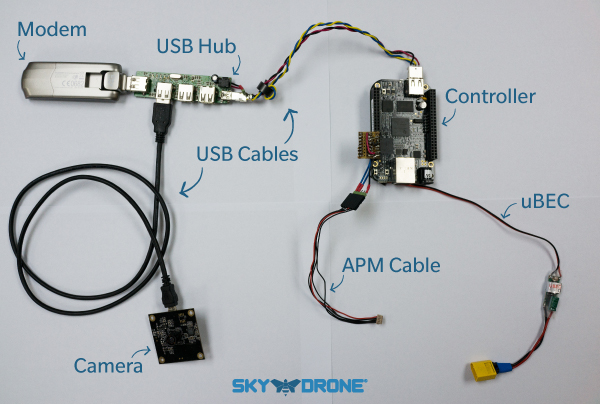 Browsing the internet I have come across Sky Drone, a new company that started up last year after being funded on Indiegogo. And what do they make? You guessed it, drones, but not just any old flying device. They claim to have come up with the world’s cheapest drone capable of transmitting live video to a mobile phone over the 3G or 4G network. 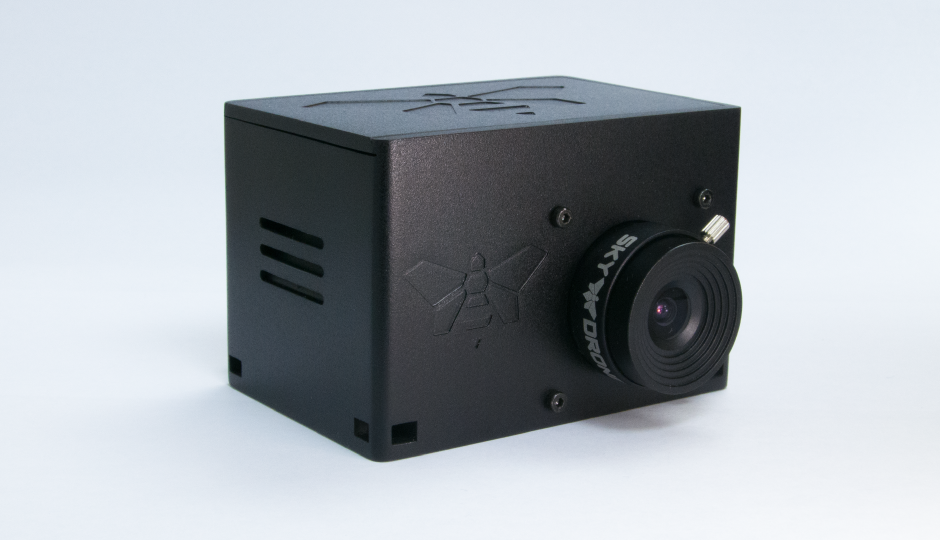 What’s a far cry from the deadly machines the military pioneered, today’s civilian drones such as this one don’t carry missiles, but surveillance cameras. Skydrone, the one year old start up based in Hong Kong has created one of the world’s cheapest cameras for drones.

The quadcopter drone set up consists of a camera, modem mounted on top of the drone and the controller board which does all the work mounted on top.

At $349 for the first version of Skydrone’s camera, the new start up is creating a buzz in the drone flyers community.

In an interview with Bloomberg, Patrick Kosiol the Skydrone co-founder noted:

Traditionally, the very high price point made it partically impossible for normal people to access the drone market, so our solution provides a very low cost and cost-efficient system

The team claims it’s a big leap from the old way of doing first person viewing which used WiFi signals, the camera pictured above, when installed on the drone uses 3G or 4G wireless signals to transmit real time high definition video without any limitation of range to an app on any smartphone.

Drones with cameras for sale from Skydrone started shipping in August 2013 after raising $25,000 from the crowd funding campaign on Indiegogo. Their customer profile seems to consist of mainly hobbyists for now but in the future the company says there will be more commercial applications for drones.

Boris Boege, the Skydrone CEO also believes that regulations from different countries, including Hong Kong regarding commercial drone flying are going to become more lax and drones will soon be open for commercial use.

That’s definitely going to happen. Commercial use in the US will however be open in 2015 so the FAA already have a schedule for that and that will allow civilian but commercial use of drones in the US airspace.

The future of drones certainly seems to be in the cloud arena of drones that can be controlled and will feed video via the 3G and 4G wireless mobile network. So watch this space for in the coming years, there is likely to be some strong competition for Parrot and DJI, the two major players at the moment.

One thought on “The cheapest drone video camera”