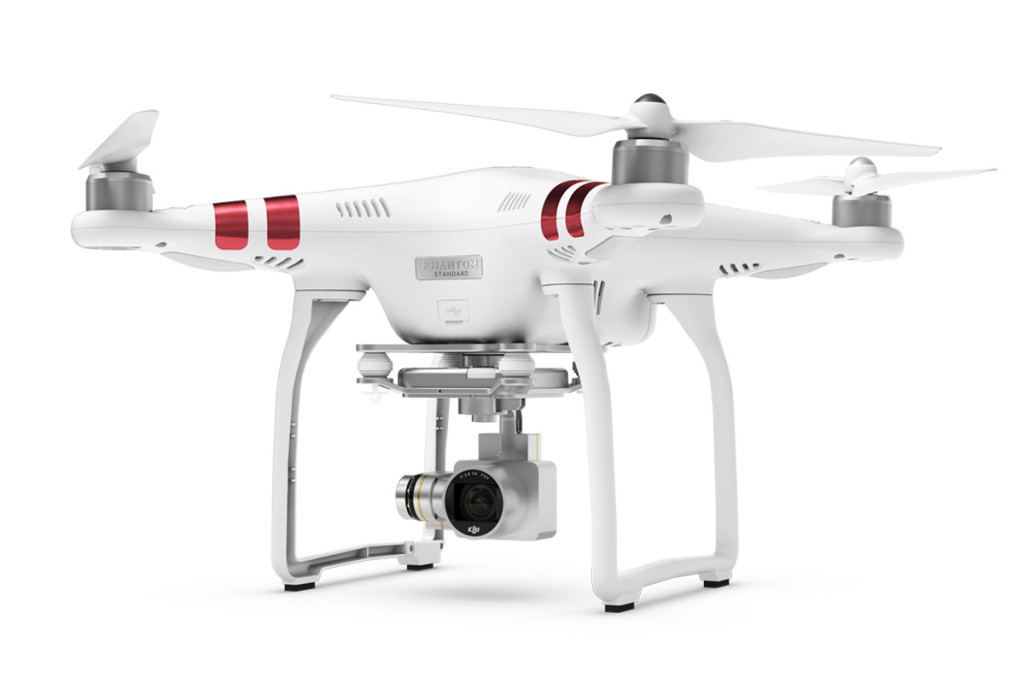 In fact, you can buy it with next day shipping straight from the DJI website.

But how does this drone differ from the previous DJI Phantom 3 Advanced and Phantom 3 Professional models? Other than the obvious stripes on the quadcopter’s arms which have now reverted to the classic style used for Phantom 2 versions, there are a few new features to think about if you are considering buying this drone.

The Phantom 3 Standard is priced at $799. It is slightly lighter than the Professional but it has the same maximum vertical speed (16 m/s), ascent (5 m/s) and descent (3 m/s). Useful parameters to know if you have to get your drone on the ground in a hurry.

However, in order for DJI to provide this drone at a competitive price, they have had to tune down some of the other features. 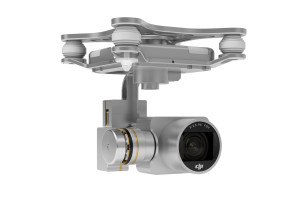 The DJI Phantom 3 Standard camera is a 12MP with a sensor of 1/2.3″, but can only film 2.4K videos which is essentially 1520p videos. This is somewhere in the middle between the Advanced camera (1080p videos) and the Professional Phantom 3 (2560p videos). You also have the possibility to change from three modes when filming: 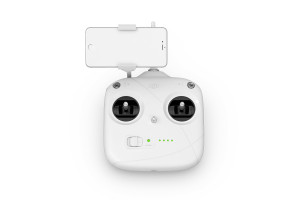 he main difference between the two current Phantom 3 quadcopters and the standard is the lack of Lightbridge in the latter. Afterall, the new Lightbridge technology (which DJI sells separately for about $1,000) is in my eyes the most revolutionary development that DJI has come up with. Lightbridge claims a maximum distance of 2,000m in open air, outdoors and unobstructed.

However, the Phantom 3 standard drone only features a standard WiFi connection (similar to that used in previous Phantom 2 versions) which limits the range to about 800m. We have not yet tested the drone so we cannot comment on the reliability of the connection either. However, no Standards have been seen falling out of the sky yet!

The good news is that the Standard supports the same Phantom 3 battery as the Pro and Advanced, so they haven’t reinvented the battery yet again.

At a price of $799, we conclude that the Phantom 3 Standard is a great addition to the Phantom 3 family. With an improved camera over the Phantom 3 Advanced and most other features unchanged other than the Lightbridge connection, this offers a great deal to a range of customers looking for drones for sale. Look out for our review coming up soon!