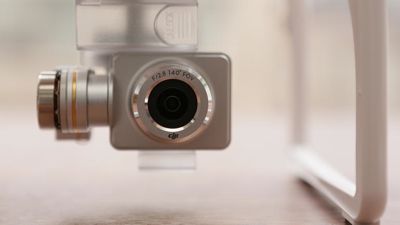 Does everyone really need drones with camera or shall we leave photography to the experts? In the following article, I am going to cover the drones that do come with a camera, both the integrated cameras and others that permit the attachment of GoPros or even other more professional DSLRs via the drone gimbals found on the base of the drone.

Perhaps the most common drone with camera that you are used to, is the DJI Phantom which has a range of models. The initial Phantom 1 is still being produced and is the cheapest one at the moment, priced just under $500. This drone model features a 720p camera and can fly for about 20 – 25 minutes, at the higher end of the scale. DJI soon followed up with the Phantom 2 model.

We recommend the following best selling drones with camera:

The DJI Drones With Camera

The original Phantom 2 had a gimbal on the bottom that allowed you to attach your GoPro Hero camera to it; the price tag for the Phantom 2 drone by itself was, and still is $700. At the same time, DJI released their Phantom 2 Vision which was one of the best drones with camera you could buy at that point. It came with an integrated camera, for those who did not have a spare GoPro lying around. The price tag here, compared to the original Phantom 2 drone was $300 higher. The camera had 1080p capabilities and has become one of the most popular DJI Phantom drones for sale in 2014.

A few months later, DJI improved the drone gimbal and released the DJI Phantom 2 Vision+. Other improvements included a major upgrade to the camera as well as increased stability for the drone itself. Now, this drone showed major improvements in terms of reduced vibration and the improved made it capable of taking smooth videos even in the most windy conditions. The video below, straight from DJI will give you a better understanding of the new features that the DJI Phantom 2 Vision+ has compared to all the previous models.

Other drones with camera you should definitely check out include the 350QX drone from Blade which allows you to attach your own GoPro Hero camera. The main difference between this and the DJI Phantom 2 Vision + covered above are the drone gimbal which. This attachment between the camera and the drone itself is what is going to make the footage shaky or smooth. I do not believe that the 350QX drone has a drone gimbal as good as the latest Phantom model has.

I should also mention the drones with camera that Parrot makes. Currently, the Parrot AR Drone 2.0 is the best one, which comes equipped with two cameras, one VGA and one 720p. However, they are nowhere near as good as what the Phantom or the 350QX drone can offer. The Bebop drone however, is the most exciting development this year as it is going to be released in time for Christmas and will feature a 1080p camera! It will also have a load of other great features as we talked about before.

Other companies such as 3D Robotics, Airdroids, AirDog, and many others, also make drones with camera and you can check out all of their specifications on our drone comparison page.