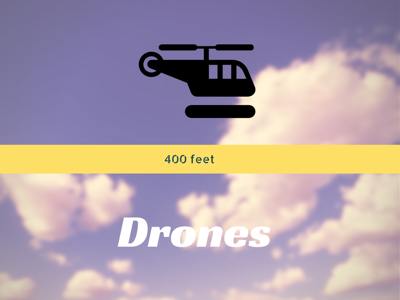 NBC Miami reported a near miss between a helicopter and a hexacopter drone earlier in the week. The report which can be found here featured interviews with the drone and the helicopter pilot, both of whom own an FAA license.

The helicopter pilot was filming part of the documentary for the Wings for Life World run charity race. The incident happened in the early hours of the morning, slightly before sunrise when the hexacopter pilot was also out exploring the neighborhood.

However, from this point onwards, the article turns very bias and sides with the helicopter pilot who was clearly flying lower than the 400 feet altitude that recreational vehicles such as UAVs are cleared to be used at. In other words, Civitano, the drone pilot did nothing wrong and in fact as you can see in the video above, he says that he was aware of the danger and turned away as soon as he noticed the helicopter.

The helicopter pilot on the other hand appeared to be going after the drone thus making the situation more dangerous. Perhaps he was aware that drones may be replacing helicopters for jobs such as taking photographs and filming documentaries in the future and he tried to ‘chase it away’.

With over 2,000 people competing in the charity race on the streets above, this episode is reminescent of the Twilight Zone Movie tragedy in which a helicopter being used on the set was flown at low altitudes and was caught in the pyrotechnical explosions. Here’s an idea; if recreational drones and UAVs are supposedly safe to use under 400 feet, is it perhaps helicopters that should be banned from flying UNDER 400 feet in populated areas or at events such as this?