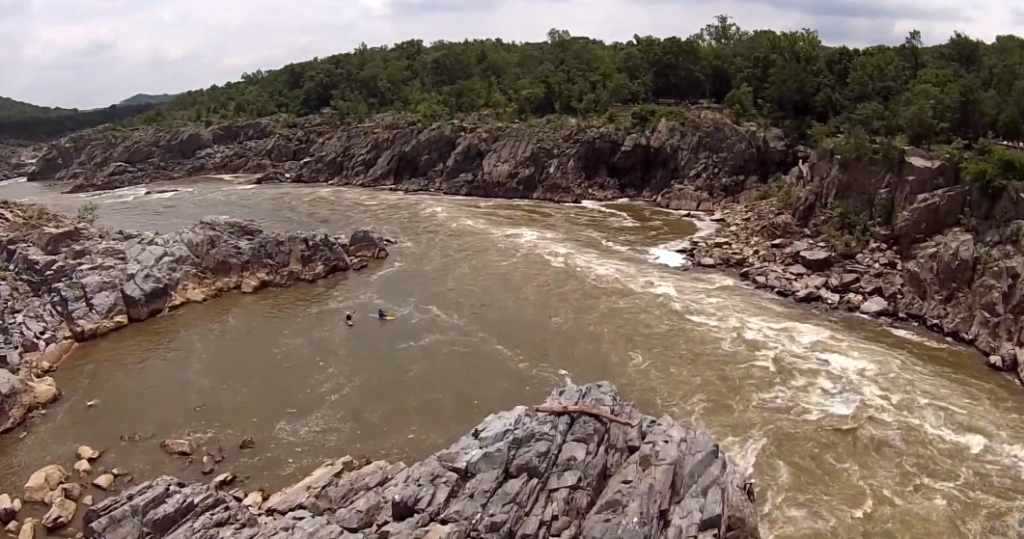 If you read our 2014 drone buyers guide, you will have seen a big cross over flying drones across national parks and that’s because it’s one of the three restricted areas, together with proximity to airports and military bases.

The drone video below will show you exactly what may happen if you break the rules. Brian Needle, unfortunately got arrested after shooting the otherwise beautiful video of the Great Falls National Park. The helicopter starts attacking the drone around 3:40. You can see the shadow of the helicopter on the left at 4:08. Whilst there have been previous reports of a drone and helicopter in near-collision, this is believed to be the first one in which a helicopter attacked a drone deliberately.

I am not sure if Brian was aware of the areas where you are not allowed to fly a drone or not, but using a helicopter to attempt to take out the drone is rather unnecessary and arguably dangerous for the helicopter pilot.

We emphasised the FAA regulations numerous times, and unfortunately stuff like this happens when a jobs worth is abusing their power. Now… how much of the taxpayer’s money was wasted on launching that helicopter for something as silly as this? As drones with camera become more popular, we are bound to be seeing more of these offences.