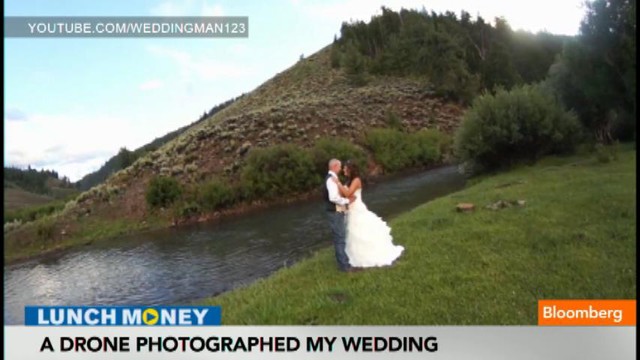 You might just have a drone filming your wedding video or taking your wedding photos at your next wedding. This new type of commercial application for drones has taken USA by storm and you might wonder why was there a delay?

But hold your horses – as we previously mentioned, any drone or UAV used for commercial purposes such as this, needs to have special approval from the FAA. In fact, just last month, Rep. Sean Patrick Maloney used a drone to take shots and film a video at his wedding in Hudson Valley, NY and he is being accused by FAA for violating their rules.

As drones have become cheaper, their popularity both for amateurs and professionals has increased, especially as the business interests of congressmen have called for the FAA to relax their policy. They are due to release their official statement on drone flying policy in the US by September 2015, but reports say they are likely to miss the deadline.

Could they also be a replacement for the best man at a wedding?

However, as Forbes reports, following a large number of complaints, the FAA reiterated that flying a drone for commercial purposes is illegal. But companies such as Picture Perfect Portrait and Design from Iowa now offer an addon of drone aerial photography – $400 for a 30 minute drone video and photography shoot. Expensive? In any case, the unlimited possibilities for camera angles make the drone wedding photography market here to stay.

One thought on “The Rise of Wedding Drone Videos”