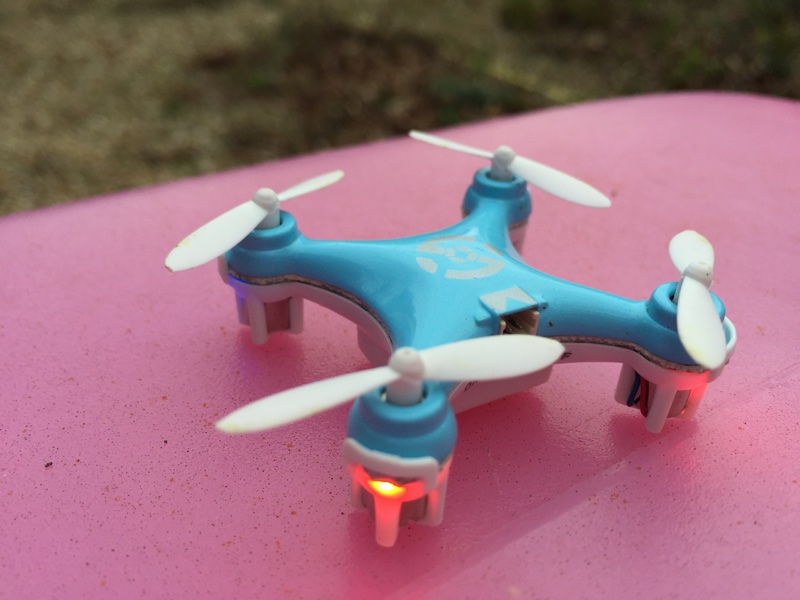 The Cheerson CX 10 mini drone is a fun little drone for anyone to fly around. If you’ve never flown a drone before, it 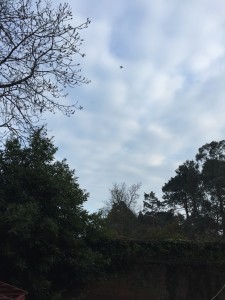 might take you a few minutes to get the hang of it, but that’s about it. At $20 with free delivery, it is one of our cheapest drones for sale. You might consequently think that it’s going to be a low quality drone that will stop working after a few crashes; that’s what I thought anyway! However, after having it for about a month now and crashing it numerous times, I can proudly say that it is still in fully working order.

The drone comes with 8 extra propellers you can use to replace the original propellers, should they get damaged. So far I haven’t had to replace any as the drone is still flying as it should, although a couple of them have some dents in them.

The drone has four LED lights (2 red at the back and 2 blue at the front). These LED lights are extremely useful to orient yourself in the air, as it is very easy to lose track of which direction the drone is facing, at least after a few twists and turns. However, I wish they had enclosed the LEDs in a stronger plastic on the outside as unfortunately after a bit of a nasty crash on the pavement, the drone must have fallen straight on to one of the blue LEDs which no longer works now. That is pretty much the only damage evident on the drone so far.

The rest of the casing is made of strong plastic and the engines are sturdily encased inside. 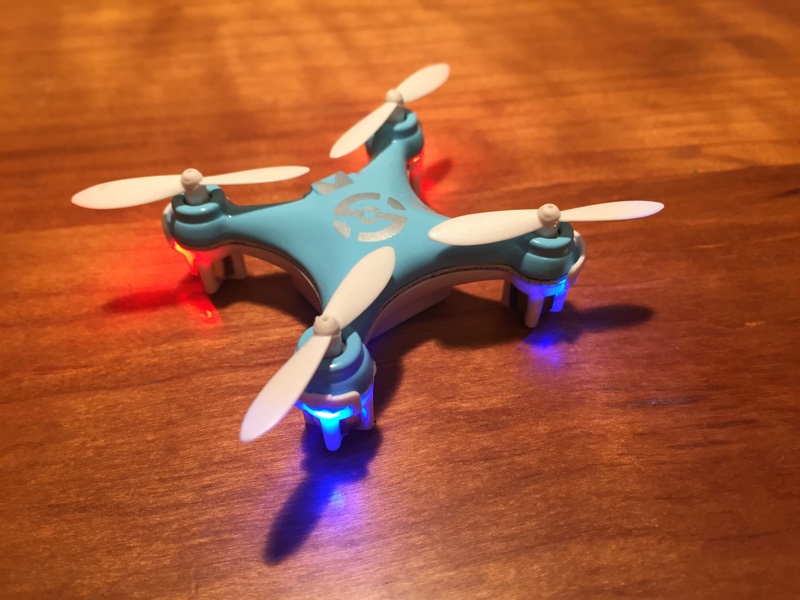 The blue LED lights are found on the front side of the drone, whilst the red indicates the rear. The charging port is also at the rear of the drone.

The right joystick has a multidirectional wheel. Pressing it whilst holding either UP, DOWN, LEFT or RIGHT will make the drone do a mid-air flip in that direction. This is pretty cool since the drone will regain stability straight afterwards with only a slight loss of altitude. 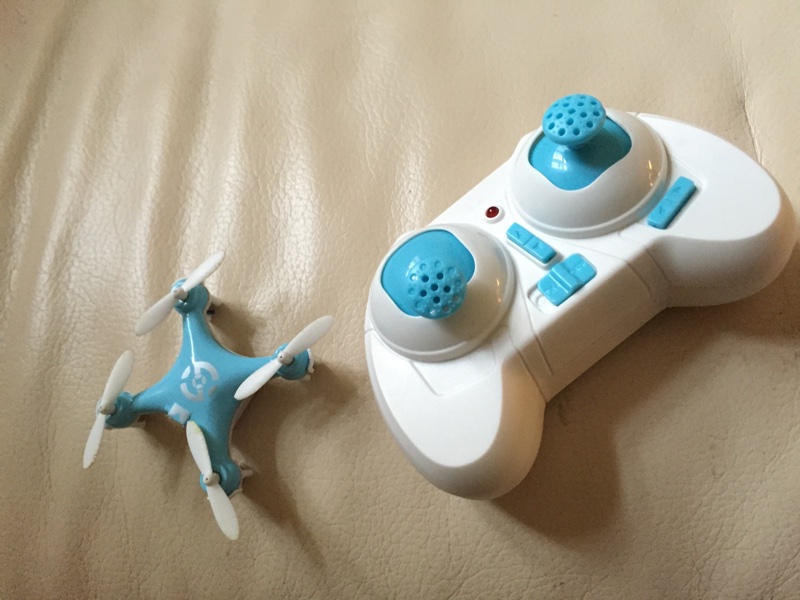 The tiny Cheerson drone and the controller (powered by 2x 1.5V AAA batteries) 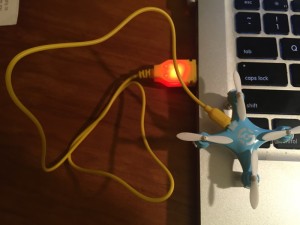 The drone recharges through a USB cable which lights up to indicate that the battery is charging. The LED will turn off once the drone is fully charged. From experience, I noticed that a full charge only takes about 10-15 minutes and will offer you a flight time of 5-8 minutes. This doesn’t sound that exciting, but remember that the drone is tiny so it can only accommodate a tiny battery. The quick charging time does help, and remember that if you are out in the field, you can use one of those portable phone chargers, with a USB slot.

It is also worth noting that the instructions manual that comes with the drone is absolutely useless. The drone itself is manufactured in China and the translation to English has probably been done by an online translator. However, you really don’t need instructions for this. All you need is a few minutes to learn how to fly it and then you’ll be having fun in no time.

In summary, at $20, the price of a few pints, this is the best drone I have come across and I recommend everyone tries it, especially if you have never flown a quadcopter before. It also makes a great present for not only your family, but also your friends and work colleagues. For other drones for sale, check out our drone store for the latest offers!