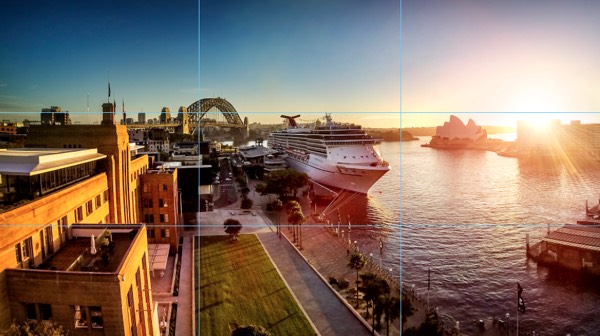 The Rule of Thirds is possibly the best known photographic technique. It is designed to ensure that your photo is well balanced and composed of the right elements in the right place. Although traditionally designed for normal photography, applying the rule of thirds to aerial or drone photography will take your photos even further.

The rule of thirds is one of our top 10 tips for improving your aerial photography list so it is worth knowing a bit about.

The Rule of Thirds

This involves mentally dividing your photograph or FPV point on your tablet into 9 identical squares, by using two horizontal and two vertical lines, as shown below. 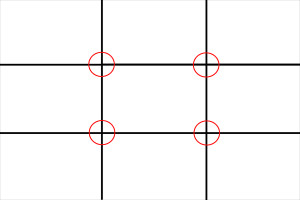 You may even be able to set the lines to come up automatically, depending on the software/ app you are using to fly your drone. This can also be performed in post production by cropping or resizing your photo using your favourite image editing software.

The Rule of Thirds in Drone Photography

So how can you apply this rule to the photos you take with your drone? Here is an example of how the rule of thirds was applied to The San Francisco Golden Gate bridge to produce a well balanced photo that perfectly illustrates the sense of grandeur and uniqueness of the bridge. We believe the picture was taken with a DJI Phantom 2 equipped with a GoPro. 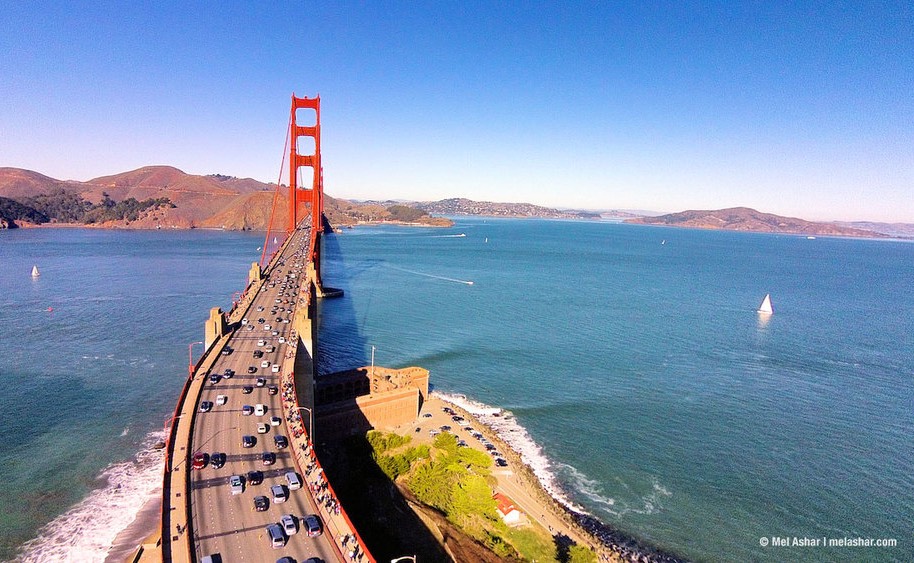 The Rule of Thirds can either be applied whilst taking the photo or in post-production, by cropping and resizing your image. 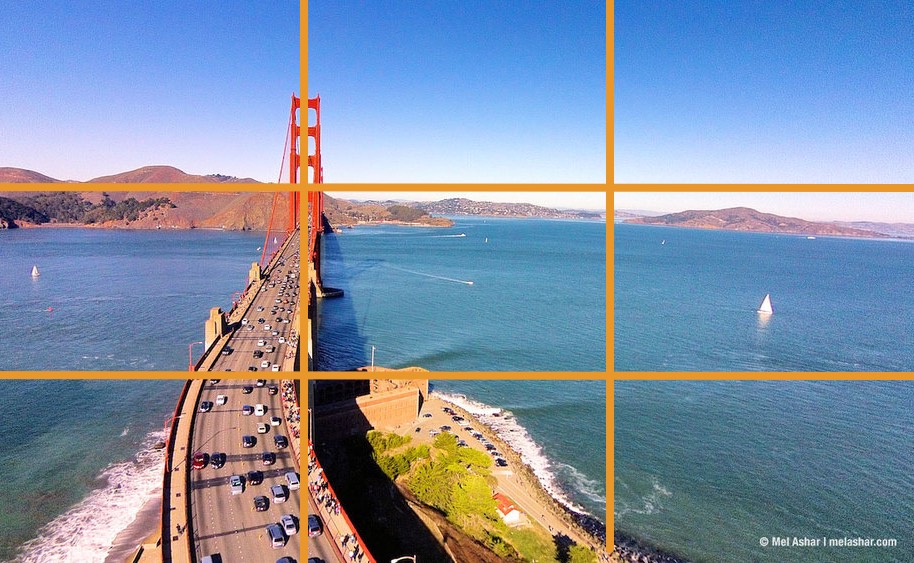 The two horizontal and two vertical lines are placed a third and two thirds of the way through the photo. What can you see?

It is fascinating how the image above closely respects the rule of thirds. Perhaps that is why it has become one of the most popular aerial images of The Golden Gate Bridge on Google. It is quite a powerful idea to keep in mind.

Note how the bridge column perfectly aligns with the boundary of the first vertical third of the picture. Over 90% of the bridge itself is also found in the first third. The horizon aligns with the top horizontal third and again, about 90% of the sky is found in this section. The bottom horizontal third comprises of a bit of land which doesn’t extend beyond this line.

The picture above shows perhaps the perfect rule of thirds example, but remember to only take it as a guideline and apply it roughly.. you don’t need a ruler!. Here is another aerial picture that illustrates the rule of thirds well, this time taken by a DJI Inspire 1:

The horizon is mainly found in the top horizontal third whilst the left vertical third is the boundary for the building on the left.

Aerial photographs are still relatively quite novel but the novelty is likely to soon wear off as more and more people are taking them and posting them online. The human mind is trained to subconsciously prefer pictures that are well balanced over pictures that lack the right composition, with all other variables constant.

We truly believe that applying the rule of thirds to your drone photos will make them stand out from the crowd and continue to grow in popularity! Check our top 10 drone photography tips article for even more tips.

Has this article helped you? Let us know if you have any questions, suggestions or tips to share with others by commenting below or emailing us directly!