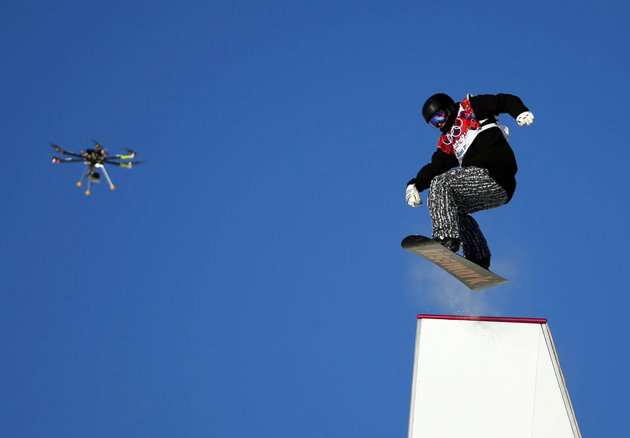 Thinking of purchasing a drone? You should not be hesitating. The Olympic Games at Sochi was one of the first venues in which drones were being used to film a major sporting event on a large scale. Although an unlikely place, it seems that the Russians have grasped the power of the commercial applications of drones, something the FAA in the USA is still struggling to grasp and attempt to control. Whilst they still have a year and a half to release their final regulations on the commercial applications of drones, and are juggling the red tape, it is apparent that other countries are not hesitating in taking advantage of this latest craze. 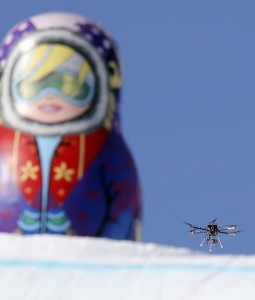 Why use a drone to film live sporting events?

Views from different angles, the ability to get close and be quiet without distracting anyone are some of the advantages. Although I am not aware of any cost-benefit studies being done, it does appear that taking a drone, or even several drones in the air is going to be cheaper and safer than flying a large helicopter to film the same event.

Furthermore, the price saved on hiring the helicopter and fuel can be used to have 4 or 5 drones up at the same time, thus providing the viewers at home with a more interactive and dynamic experience than ever before. Imagine being able to switch views from your remote control. A family watching the same football game on a wide screen may now be able to split the TV screen into two or 4 and have different drones POVs on each, maybe one for each favorite player.

Furthermore, with the advent of AirDog, a drone funded by kickstarter and due to be released later this year, they have come up with the ability to automatically follow a single person and to keep them in focus. This is achieved by a light and comfortable bracelet one can wear on the arm. This bracelet then establishes a WiFi connection to the drone and tells it to follow it from a preset distance and to always keep it in sight; essentially a drone on auto pilot.

Although battery capacity is a limitation at present time, with the longest drone flying time fixed at about 40 minutes, this is expected to increase in the future as batteries are getting more compact and motors more efficient. Furthermore, one can buy replacement batteries that can increase the flight time of popular drones such as the Parrot AR 2.0. Recharging a drone however is still cheaper and quicker than refuelling a helicopter. Not to mention more safe as well!

If you watched the World Cup in Brazil this year, you would have noticed cameras running cables across the top of the stadium. The problem with these is that they have a limited range of movement, unlike a drone which is unrestricted.

In conclusion, video drones appears to be the future of live event filming, including large events such as the Olympic Games. Since they were first introduced at the Olympic Games in Sochi, and the feedback on drones filming has been largely positive, we are also very likely to see them film the next 2018 World Cup in Russia. There could not be a better time to buy a drone. Mark my words ;).